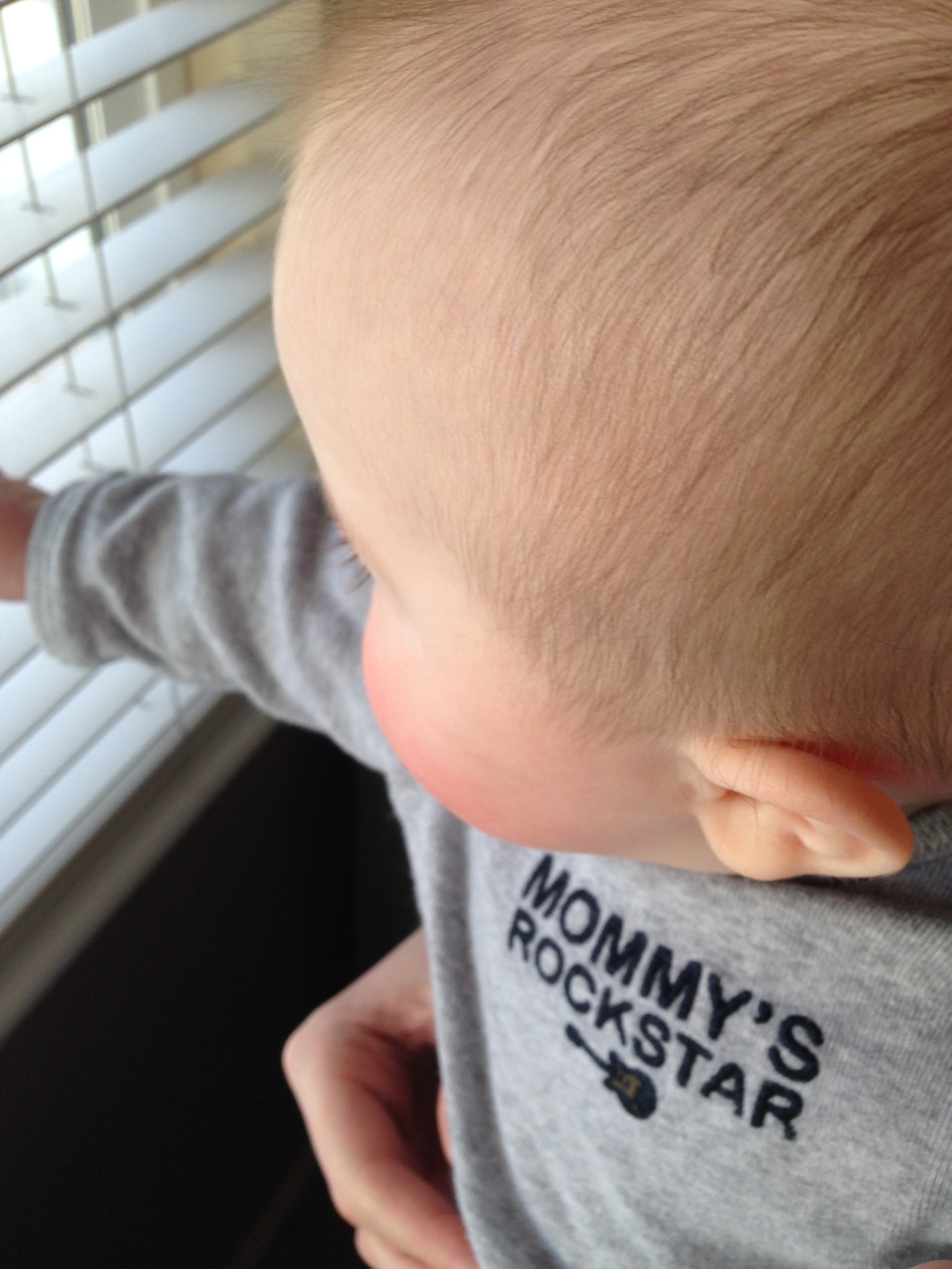 It has taken me two weeks to finish this 2015 post, which I had planned on sharing on New Year’s Eve. You can just guess how my New Year’s resolutions are going… (hint: very slow).  I wouldn’t say 2015 was an awful year, it just hasn’t been a year of smooth sailing, but I’m grateful for the ride.

At the beginning of 2015, I found myself in an exhausted fog. With the ringing in of the new year, LM turned 6 months, which meant I hadn’t slept a full nights sleep in 6 months. I had never understood what real sleep deprivation was until having a baby, especially my little baby. It took another few months for us to iron out our lack of sleep issues. During this time, emotions were high, my balance was off (I mean this literally, I would get really dizzy some days) and I was grappling for some type of daily structure for my boy and me.

While I usually make a few New Year’s Resolutions, for the year of 2015 I took a recommendation from a friend and chose a word to focus on during the year, which was Balance, because I was in such desperate need of it. I needed to find a balance between my interests and being a mom, between my needs and the needs of my family and a balance within myself to help me stay grounded both physically and mentally.

As the year marched on, structure trickled back into our lives. I feel LM and I have a good thing going now. For the most part, our worlds have stopped colliding at 2 am and our mornings and afternoons are full playing and exploring. What a sigh of relief.

At the end of February, Danny, LM and I headed down to Houston for my brother-in-law’s wedding. Anxiety boiled in me for weeks beforehand concerning flying with a baby and all of the wedding festivities. The flights went relatively well. I can say nothing but wonderful things about the SLC airport and their helpful manner when it comes to flying with kids. I can’t say the same for Houston. The long weekend was a lot of fun with family and the best tacos I have ever consumed. However, as I suspected, LM sleeping in a new place was rocky. This trip really taught me to exert myself as a mother. My baby was fine being held by adoring family members, until he wasn’t. He was happy enjoying the loud music and festivities until it became too much. As a parent, I feel there is a built-in barometer within you that knows how your child is doing and I felt it distinctly during this trip.

Spring breathed new life into my soul. LM and I went on many walks among the buds and blossoms. In these quiet moments, I found new reservoirs of courage within me. I made goals for upcoming projects, one being reigniting my love for writing. I have written personally and professionally on the side before, but it all seemed to fall by the wayside during pregnancy, buying a new house, moving and having a baby. With a fresh view, I plunged forward and submitted some of my work. I was pleased to hear back from a couple of editors and even won a contest. Recently, I’ve been focusing on a bigger project, which I’m really excited about, but it is still in the works.

This year was tightly intertwined with the happenings of LM. I can’t speak about my year without speaking about his. I had a friend once tell me that all motherhood consists of is letting go over and over again. The hard part is knowing when to let go and when to hold on as your little ones find their own independence. I really felt this to be true as LM went from being an infant to a toddler. I still remember the last time I nursed him. It was one of those things that just naturally faded away. We looked at each other after a feeding and I could tell he was ready to move on, so we did. (I should note that not all transitions we’ve been through have been so smooth, like teething for instance.)

The other day, I was scanning through Instagram and saw more than one of my friends lamenting about their children growing up with hashtags that read “stay little forever” or “always be my baby.” I told my husband I felt a little guilty because I don’t really feel that way. Don’t get me wrong, I get incredibly nostalgic when looking at LM’s newborn photos, but in all honesty, I really love seeing this boy grow and being introduced to the person he is. He is one really cool kid.

The summer came blazing in with family reunions, outdoor adventures and new commitments. LM experienced a lot of firsts: the zoo, swimming, hiking (well, he hung out in the baby carrier), canoeing, playing at the lake – which he thought was awesome. Just typing all this makes me tired. No wonder I got burned out by the end of the summer. My true introvert self really is showing as I admit I was happy to see the season come to a close and our schedules settle down. However, it was fun to share some of my favorite things with my boy.

Autumn brought a lot of change for our family. My husband started a new job which was a stark difference from his old company. The month long interview process was grueling and left my husband and I with many nights of tossing and turning as we awaited the final decision. However, this new job has been good for both of us and worth the nail-biting wait.

Autumn also brought a new nephew. I had this fear when I became a mom that my aunt love might fade away now that I had a little one of my own. I’m relieved to say that this hasn’t been the case. I love being a doting aunt over this chubby little boy and his older brother who call my sister mommy.

The holidays came rolling in with friends, family, parties and on top of all that, three weddings of close loved ones. As a mom, there is real pressure to make this season magical for your kids. I feel like this holiday season was my test drive, since LM is still a baby and likely won’t remember anything we did. I was swayed by Pinterest and some crafty friends into making an activity advent calendar full of fun things to do leading up to Christmas. That idea ran out of steam halfway through the month and that calendar will likely stay hidden in storage in the future. On Christmas morning my kiddo was excited by the main toy Santa brought him and was frustrated when we tried to get him to open other presents. I came away from all the festivities asking myself why do we do all of this? By this I mean throwing on more lavishness through gifts, activities and outings when the result was taking away from the simple pleasures LM found naturally through his own curiosity. I think we will be doing things a little different this next year.

With that in mind, I feel I’ve discovered my new word for 2016: Simplify. It feels a little cliche to choose this word, since it seems to be everywhere; thus, making its importance pale. Simplify seems to build on last year’s word of Balance. I think as I yearned for and focused on balance, it made its appearance, which I am grateful for. However, the realization that I’m trying to balance too many things is clear. I’m someone with multiple interests and a tad too much people pleasing tendencies. The next step of simplifying isn’t just needed, but feels natural to come next.  So here it goes, 2016. Cheers!

© Copyright 2020 Jannifer Wood. All Rights Reserved. All material on this website is copyrighted and may not be used without express written permission.